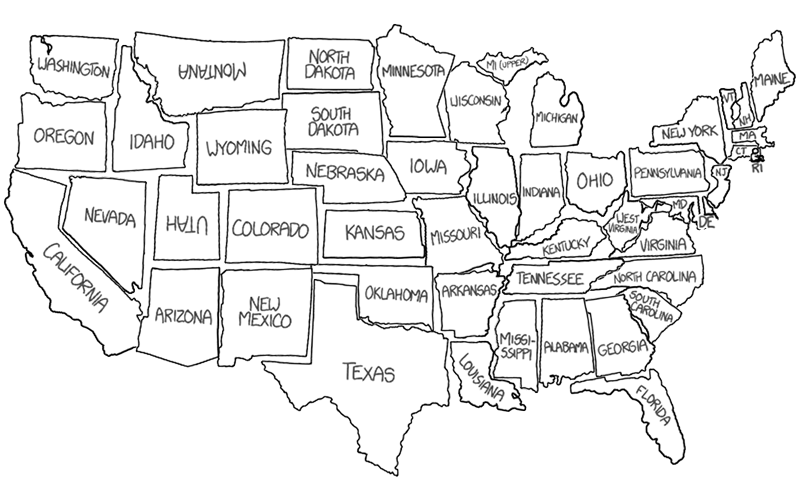 What happened to Long Island (part of NY)?

The article indicates Maine has only been moved, but it's also been rotated 180 degrees. (Upside down)