I've been nerdsniped. I've colored the map from 1407 in two different ways. First, by using the index of the hurricane in the table, from 0 to 73. Second, by finding out in what day the hurricane happened (actually used dissipation day), then by converting this date to the number of milliseconds since 1970/01/01, then by normalizing that to a 0–1 range. Both ranges where converted to a color with HSL (x, 100, 50), where x varies from red to blue, going through green. Some areas of the map remained blank because it's not stated which hurricane was most remembered there, and I'm not that interested in US geography/meteorology to find out. I used Java to parse the data and Java/GIMP to make the images.

Here's the map colored by each hurricane's dissipation date: 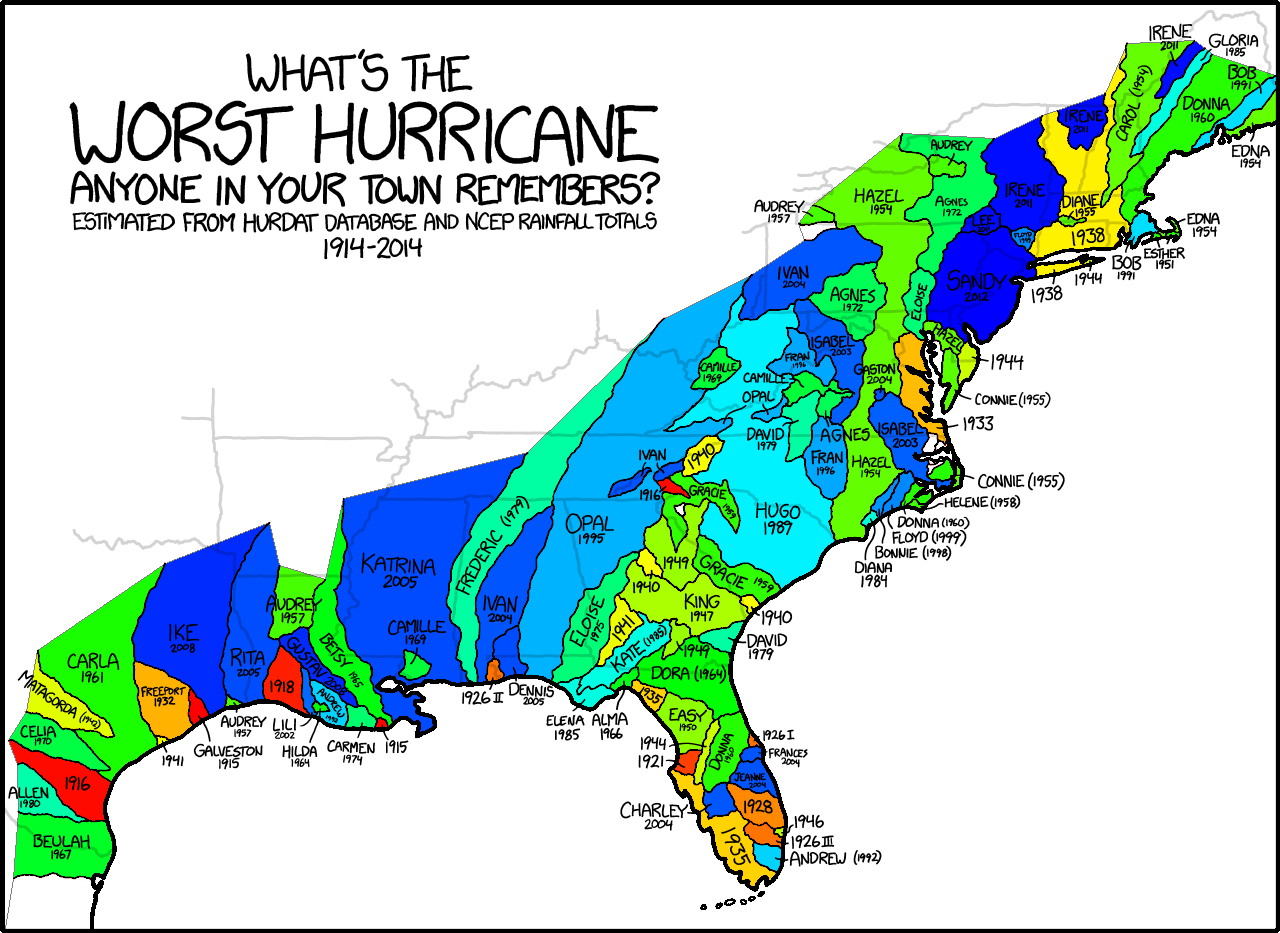 Here's the map colored by each hurricane's index: 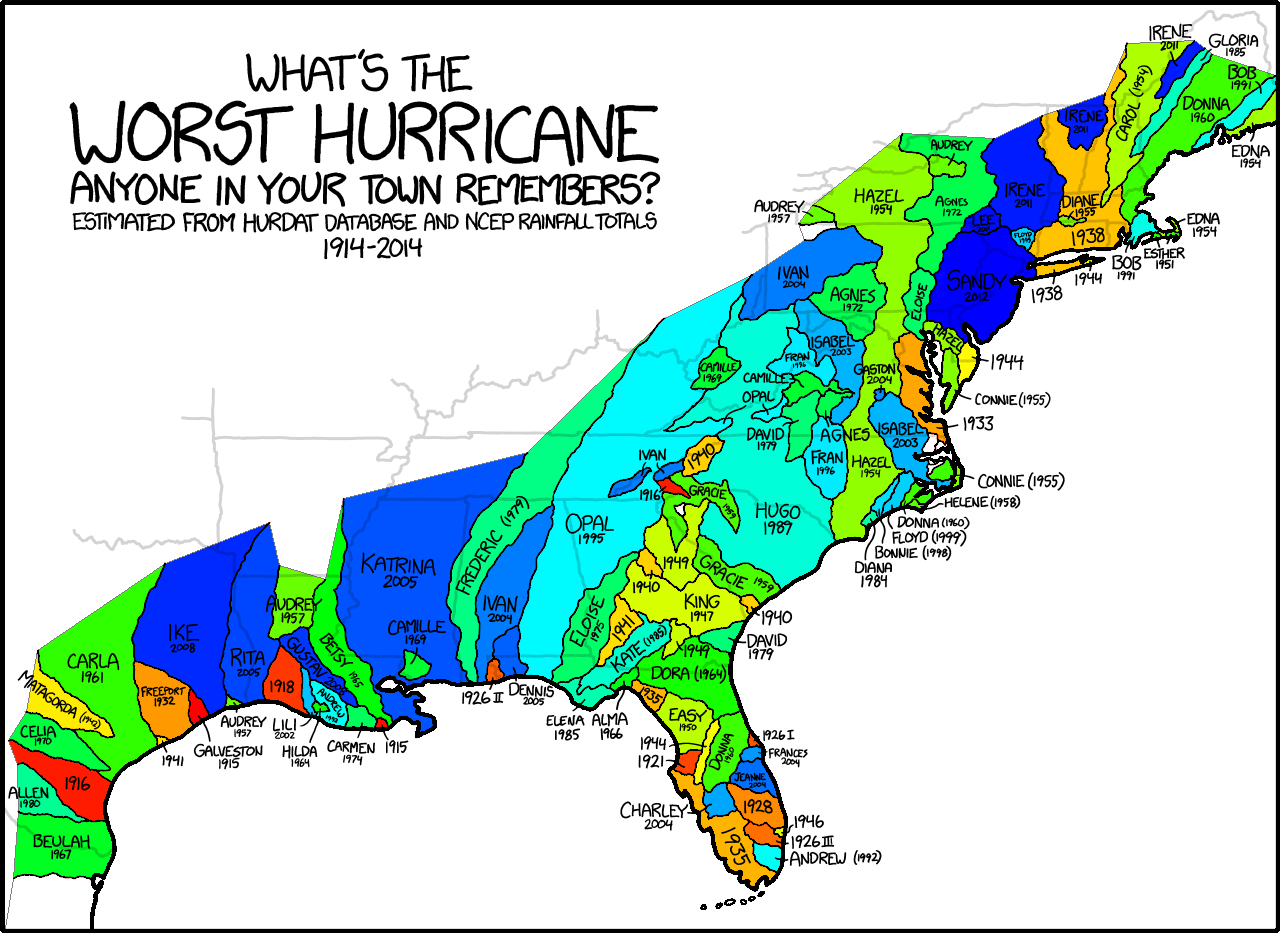 I just used it to separate the red lines from the black lines.

I was going to add the GIMP xcf image, but this wiki doesn't allow it.