Explain xkcd: It's 'cause you're dumb.
(Redirected from 1634)
Jump to: navigation, search 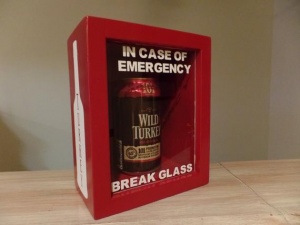 [On a box behind a panel of glass, with a hammer hung below, is written:]
Glass repair kit