This comic is a graph showing the relationship between time spent in proximity to trucks and level of knowledge about different types of trucks. For the general populace the two tend to go together: people who do not spend much time around trucks are less likely to have knowledge about trucks, and people who spend more time around trucks are more likely to have knowledge about trucks. People with jobs or hobbies involving trucks spend a lot of time with them and must know how they work, so they fit this trend but at a higher level on both axes.

The outlier group presented here are parents of small children. Small children think trucks are cool and learn a lot about them, and then share this knowledge with their parents. The children themselves might be counted into the "people with truck-related hobbies" but parents won't and are unlikely to go near any truck. They might also try to keep their children away from them, which is why they have less proximity to trucks than most normal people.

[A chart is shown with two axes. Each axis has a label with an arrow pointing from the label towards higher values. No values are shown.]
X-axis: Knowledge of different types of trucks
Y-axis: Proximity to trucks in daily life

[Three sections are marked on the chart with dotted lines, drawn in imperfect ellipses. The first two circumscribe areas along the diagonal X=Y. A large one takes up about two thirds of the length starting from the origin, and a smaller one is separated a bit from the first one, but continuing the trend of X=Y. This takes up less than a third at the top right. Below this, close to the X-axis is a third even smaller section, its outer edge is as far to the right at the one at the top. Each of these three sections has a label written inside. From largest to smallest these are:]
Normal people
People with truck related jobs or hobbies
Parents of children age 2-5 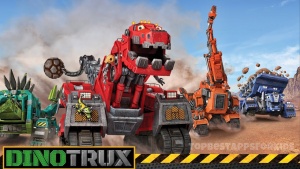